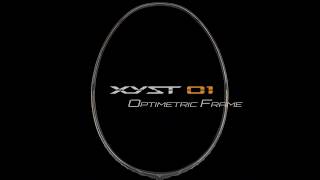 Mizuno has announced that the made-in-Japan badminton racket, “ALTIUS TOUR-J,” used by Japan’s badminton women’s representative Nozomi Okuhara (affiliated with the Nihon Unisys Badminton Team/Bronze medalist in the Rio 2016 Summer Olympics) will be successively launched for sale at Mizuno distributors starting from December 11.

Okuhara will be using the same racket at the international competition that commences on November 6, 2018.

The ALTIUS TOUR-J is a flagship model made in Japan. Thorough research has been carried out on the “torsion” that is demanded of badminton rackets, with the aim of achieving a high level of control performance for this racket. To harness the strong technological prowess in carbon molding (development of carbon fiber reinforced plastic, or CFRP) that Mizuno has built up over the past 46 years, this racket is being produced at the Yoro Factory of MIZUNO TECHNICS Corporation for the first time in 20 years.

Sales volume is expected to be 4,000 rackets worldwide (limited production, one year from sales launch). ■ Comments from Okuhara“I had the opportunity to observe the production process of the ‘ALTIUS TOUR-J’ on this occasion. It has inspired me to work even harder to challenge the world and reach the peak of the game with this made-in-Japan racket, each of which has been produced with great care and attention. I hope that more people will use the racket that has provided such support for my playing, and enjoy playing badminton with it.”

The Yoro Factory, which is a Mizuno subsidiary, is engaged in the production of carbon fiber reinforced plastic (CFRP)*1 products such as golf clubs that are also used by top athletes. The ALTIUS TOUR-J is the result of harnessing the strong technological prowess and knowhow of carbon molding that the Yoro Factory has built up over the past 46 years since 1972.

Due to its characteristics of being lightweight and strong, there are great expectations for its use as an alternative material for metals in all fields.

Based on the analysis of how rackets behave and move during badminton games, we have learnt that the “torsion” on the racket surface before and after impact with the shuttlecock plays an important role in control performance. The joint section, which controls the torsion on the surface of the racket, makes use of a structure that comprises a combination of 20 parts (carbon materials), about twice the number of the previous model (ALTIUS TOUR). The joint molding, made up of 20 assembled parts, is produced at the Yoro Factory, which possesses a high level of carbon molding technology.

When the “warped” surface of a racket prior to impact with a shuttlecock returns to its original state during impact, control performance improves. Hence, Mizuno has taken particular care with the design by controlling the torsion on the racket surface.

(Red section in the

used in the joint section